The foundation stone of a building near Makarios hospital in Nicosia

The foundation stone of a building near Makarios hospital in Nicosia offering free accommodation to family members of hospitalised children is being laid next Thursday, and not a moment too soon for parents islandwide.

“It will be a relief for mothers across the island,” said the director of the hospital Andreas Neophytou.

Ronald McDonald Charity Houses (RMHC) are funding the €1 200 000 construction of the twelve-room property near the hospital to host the family members of children being treated at the hospital.

The Archbishop Makarios III hospital is the only state hospital in Cyprus with a separate children hospital, therefore underage patients from all towns are hospitalised there. This includes children from the northern part of the island, as well as the British bases in Akrotiri, Limassol and Dhekelia, Larnaca.

Until now, the parents of children treated at the hospital had to commute from their houses to the hospital daily, or at times, multiple times during the day. 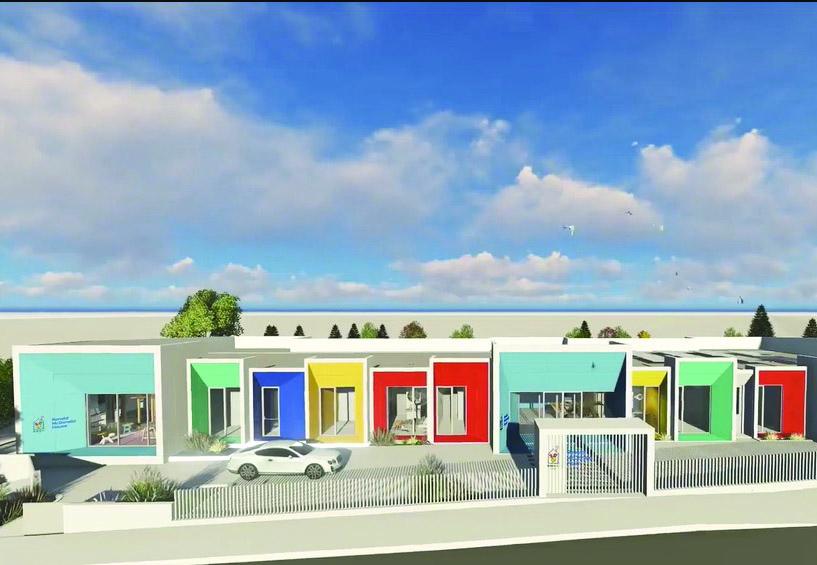 “It has been an urgent need for years to have a space to host the family,” Neophytou said.

Many parents, who refused to leave their children alone, have been sleeping on the uncomfortable plastic seats at the waiting areas of the hospital.

“The hospital has 40 incubators for premature babies and are always occupied,” Neophytou said. According to the director of the hospital, a baby might stay incubated for months.

“The mother needs to feed her baby every two hours. It was a great struggle for them,” Neophytou explained.

The Health Minister Constantinos Ioannou is expected to lay the foundation stone for the new Ronald McDonald House on Thursday, October 15. The house should be completed by the end of 2021.

“We welcome this donation initiative. It will definitely relieve some of the pressure from parents who live away from the hospital,” Neophytou added.

The honorary president of the board of RMHC of Cyprus, Renos Andreou said the house will also be willing to host families whose children are hospitalised in nearby private clinics.

“The aim is to provide some comfort and a place to rest for those parents,” Andreou said. “Better than sleeping on the plastic benches.”

The colourful property will consist of twelve rooms, including one for people with disabilities and one double room for a four-member family. Every room will have its own private bathroom and TV.

There will be a common kitchen and a large living room as well as a library and playroom. Outside, there will be a small playing area with swings.

“We wanted to create a child-friendly environment in case some families also bring their kids,” Andreou said.

A receptionist and a house manager will always be at the house, but the property will be mainly operating with volunteers who will help in the cleaning and cooking on a weekly schedule.

“A handful of people already showed interest in helping with the operation of the house,” Andreou said.

According to Andreou, volunteers consist mainly of people who were hosted at a similar family house abroad.

The house will operate on a “first come first served” basis, while the parents will be selected and referred by a committee of doctors who will communicate with the director of the hospital, who, in his turn will contact the manager of the house.

No time limit will be imposed for those hosted at the Ronald McDonald House.

“People can stay as long as their child’s treatment takes,” Andreou said. “We had cases abroad, where mothers stayed for up to four months.”

The plot, rented by the charity from the health ministry for the token amount of 100 euros per year, is located opposite the hospital, less than a five-minute walk.

“There are provisions for the construction of six additional rooms in the future,” Andreou said. However, that will depend on the demand and the financials of the charity.

The main founder of the RMCH is the famous fast-food chain, McDonald’s, but other donors also contributed to the construction of the house.

The Ronald McDonald House is the second major project in Cyprus of the non-profit organisation. The first being the creation of the paediatric clinic for children with heart disease at the same hospital, officially inaugurated in October 2014.

RMHC operates in more than 65 countries. It is supported by McDonald’s, but it is an independent organisation with a separate board, which includes four people from the fast-food chain and three doctors.