According to the 2019 world ranking, Cyprus is in 32nd place with a safety factor of 8.88. To understand how good or bad this figure is, you can look at the most dangerous country (Philippines, 17.7) and the safest country (Iceland, 6.16). It turns out that Cyprus is still quite calm, even despite the fact that back in 2015 the island was ranked 5th in the safety rating.

What indicators make up the concept of "security"?

For the world ranking, three calculation criteria were used:

Obviously, the last point is the most actual. This includes personal inviolability, property inviolability, the level of crime, the environment, and health care.

In order to objectively, and not only on the basis of dry statistics, assess security in Cyprus, you need to consider the situation in the country in detail. Take a look at each item in detail and identify the most "dangerous" things on the island. 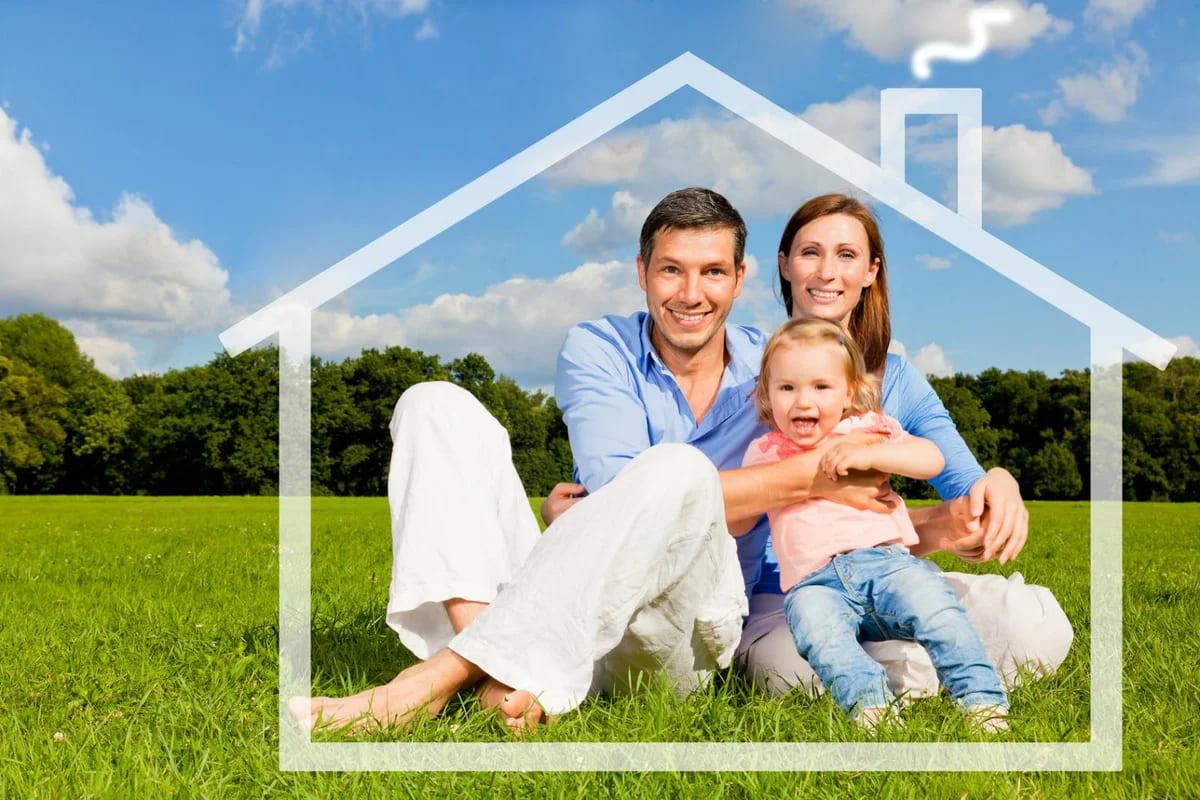 Dangers for tourists in Cyprus

Tourists do not need to delve into all the intricacies of Cypriot legislation, mentality and other details. It is enough to know that the main danger for a vacationer is various injuries! Which occur, in almost 90% of cases, through the fault of the vacationer. Alcohol, thirst for extreme sports, unwillingness or inability to read warning signs.

What to fear when vacationing in Cyprus:

Even if you are the most relaxed tourist, it is worth getting insurance before the trip. You can twist your leg anywhere, but the cost of treatment in Cyprus is high. You will have to go to private doctors, and you have to pay for each procedure. 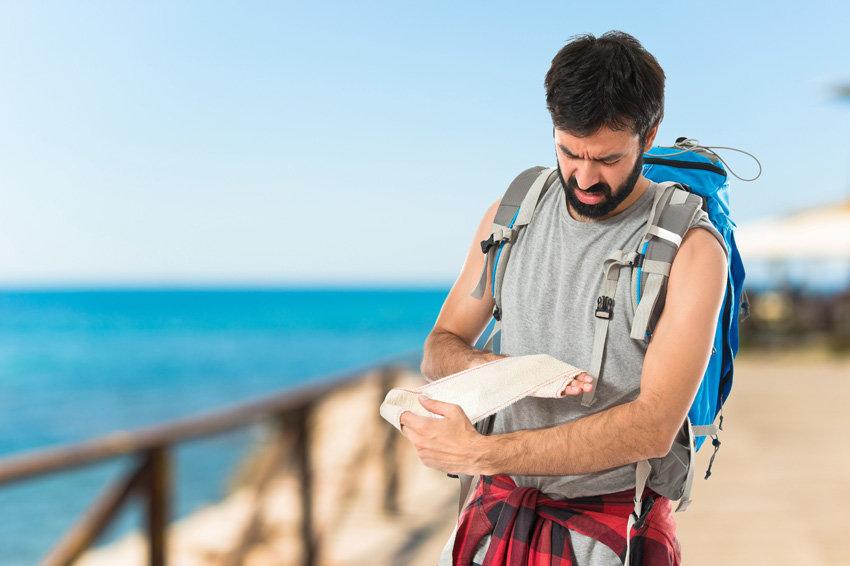 The risk of natural disasters in Cyprus

Natural disasters on the island are rare. The most frequent of these phenomena are prolonged showers in winter and mild earthquakes.

The consequences of downpours are unpleasant, but rarely have human casualties: power lines are cut off, small rivers overflow their banks, water spills over the streets. But it is not a danger, just an inconvenience - which happens anywhere in the world.

An earthquake in Cyprus is a frequent visitor to the island, since it is geographically located in an earthquake-prone area. Earthquakes are observed both under Cyprus and not far from its shores - in the sea. It shakes weakly - so that only devices can record it. Sometimes people do not even know that there was an earthquake nearby.

The most serious incident in the century was in 1996 - then the magnitude of the aftershocks reached 6.5 points, houses in many cities of Cyprus were damaged, 2 people died. But such phenomena are very rare, usually earthquakes on the island pass calmly and imperceptibly. 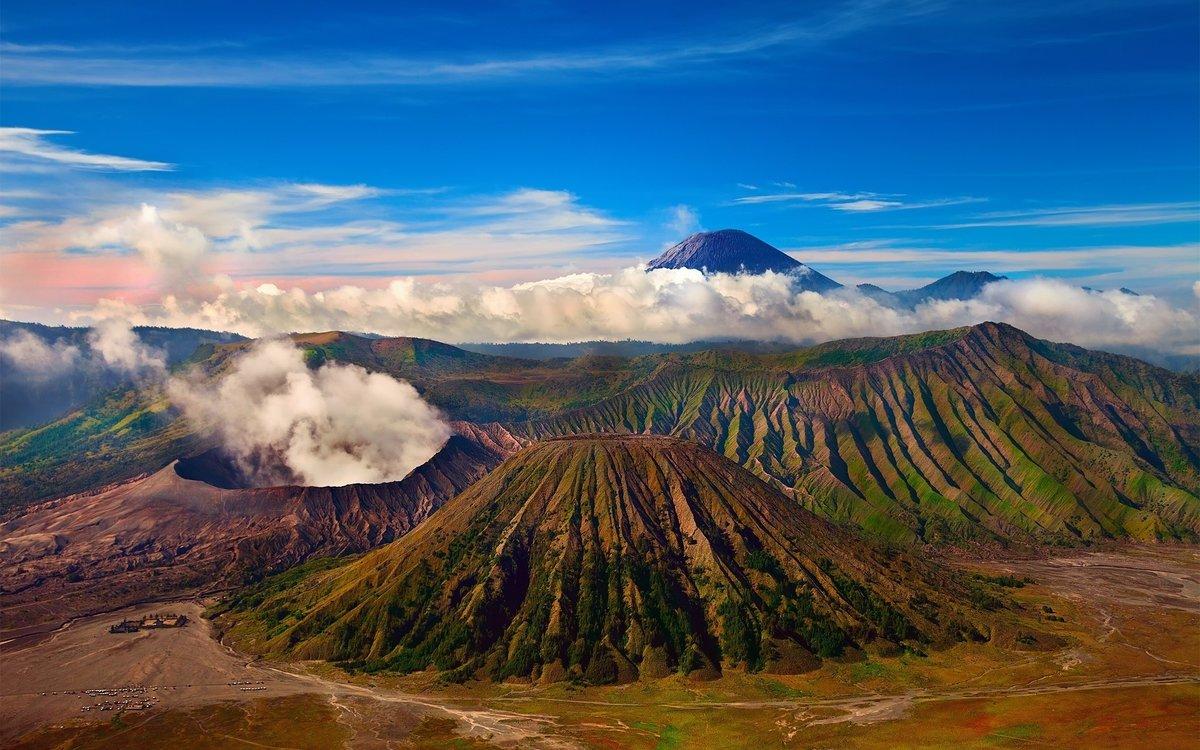 This is the most controversial point that brings Cyprus to the "non-prize" lines of the world ranking. Cyprus is divided into two states, one of which (the Turkish Republic of Northern Cyprus, or TRNC) is generally not recognized by anyone in the world except Turkey. We call North Cyprus "occupied territories".

But there are no armed conflicts on the island. The buffer zone (aka the Greenline) is guarded by UN peacekeepers. The Cypriots, neither from the north nor from the south, have no desire to resolve the issue by war - everyone wants peace and quiet. So you don't have to worry about safety here.

Many, wishing to emphasize the “disadvantageous position” of Cyprus, mention the neighborhood with Syria, where military operations are taking place. Nevertheless, Cyprus and Syria are separated by many kilometers of sea space, plus the island does not politically interfere in this military conflict. Therefore, this argument about "insecurity" can be safely ignored.

Another myth is the British military bases, which are located on the island and occupy as much as 3% of the territory. The danger from them will come only if the Third World War suddenly starts, but then the whole world will cease to be safe.

So, Cyprus is calm and full of peace, despite the outward appearance of militarization. 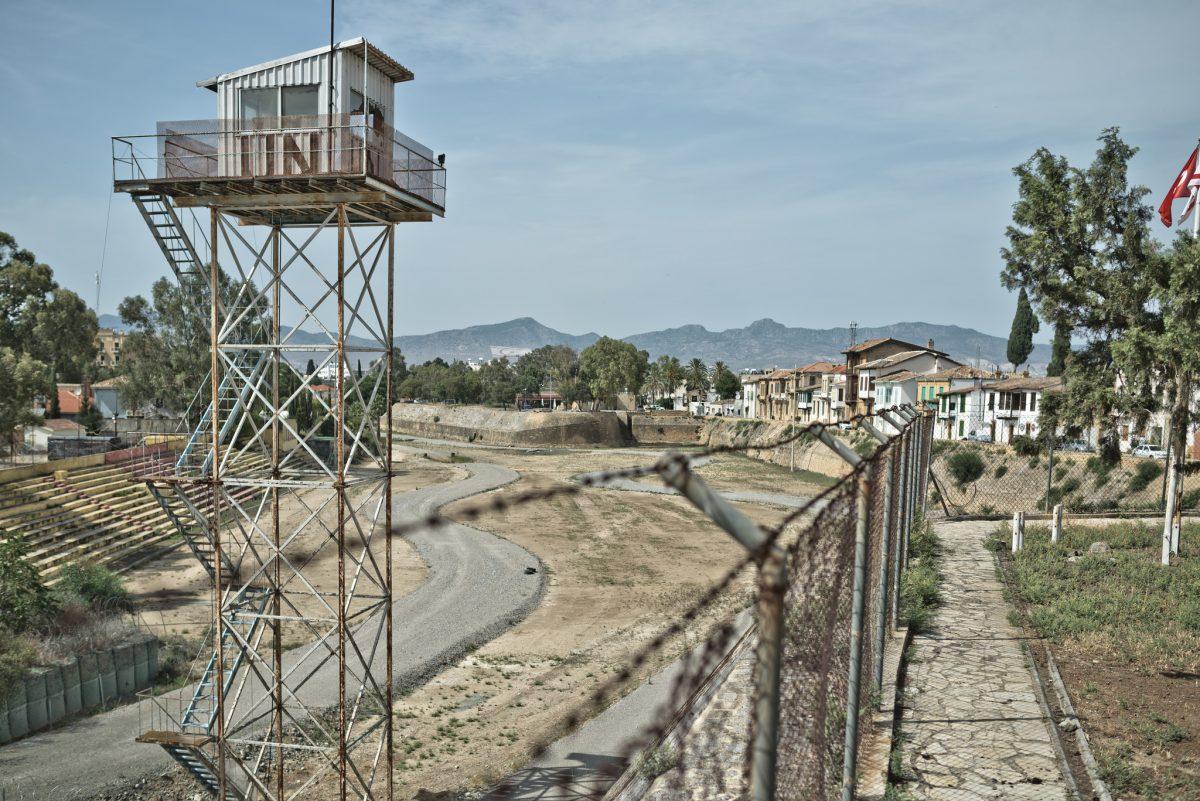 In this regard, the island of Aphrodite continues to maintain the status of one of the safest countries.

The daily crime report in Cyprus is always scarce and short. What crimes are common on the island:

There are almost no murders in Cyprus - if there are, then only isolated cases and purely for personal reasons: jealousy or revenge. A serial killer in the entire history of the republic appeared only in 2019! And he is already in prison.

There are no terrorist attacks in Cyprus either, although the frequent explosions of cars can be attributed to them: offended Cypriots take revenge in this way. They mine or set fire to a car - such news periodically appears. Fortunately, no one has seriously suffered from the actions of the "elusive avengers". 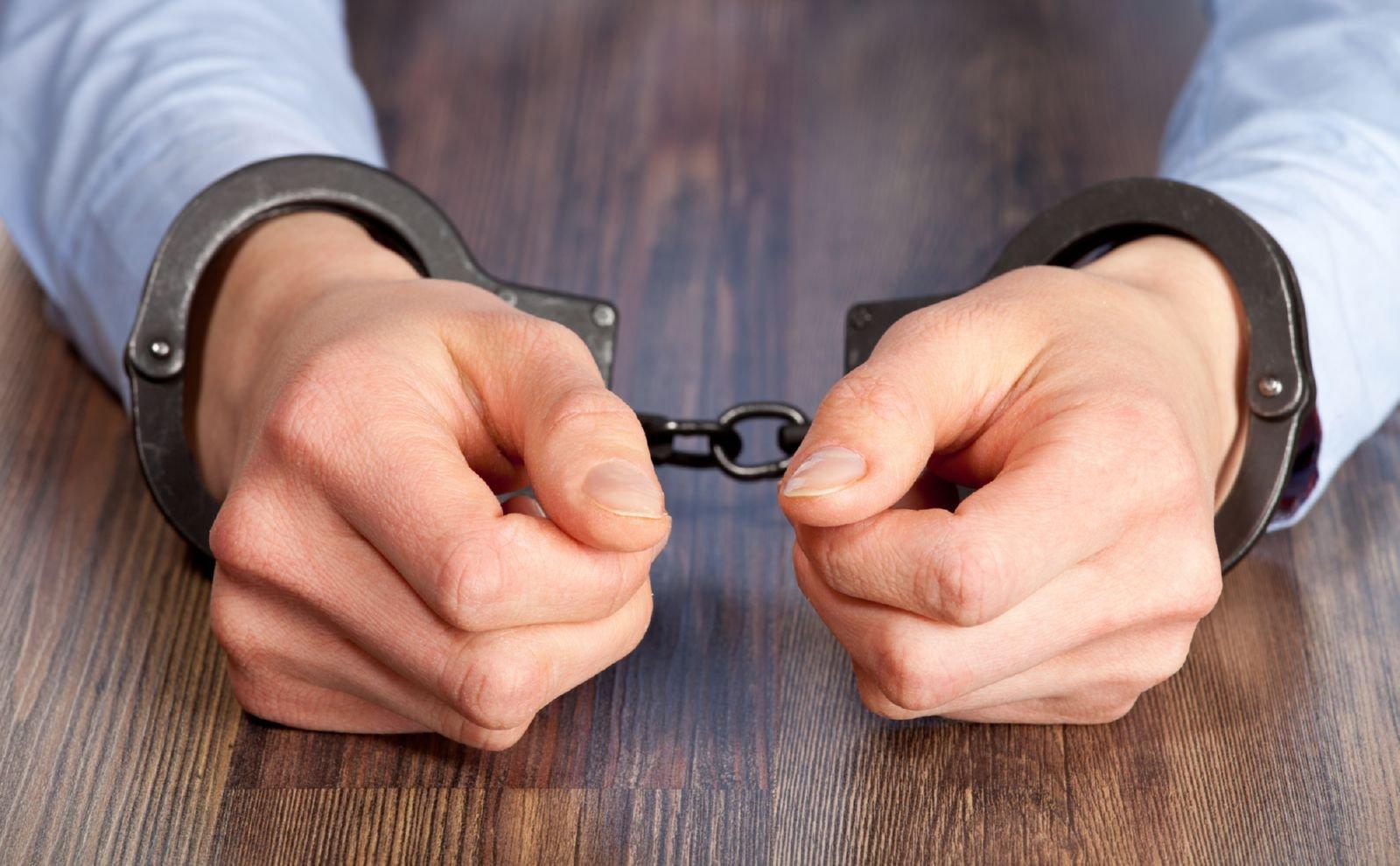 Accidents appear in local news feeds. They are rarely fatal, but this also occurs. The most common causes of accidents are:

Newcomers may have a problem - getting used to left-hand traffic. But if careful and calm driving, the difficulties disappear in a moment. In practice, it will take 3-4 days to get used to this traffic.

Stealing a wallet or laptop from a car is not an everyday thing, but it is also not impossible in Cyprus. Thieves can always appear at an unexpected moment.

But more serious crimes - for example, home burglary, robbery or theft in Cyprus are almost never encountered. If you are not a careless owner, this kind of trouble can be easily avoided. 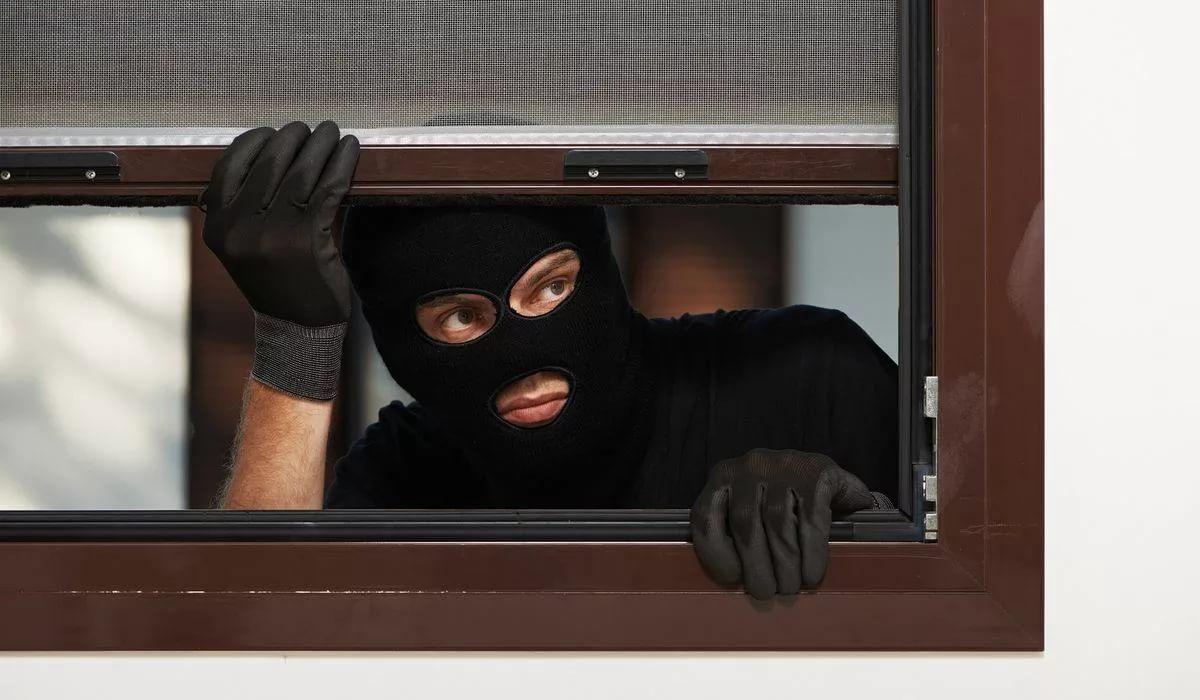 Health and Environment in Cyprus

Cyprus is ranked 21st according to the 2019 health rankings of different countries, and this is very honorable.

Indeed, the island has a number of advantages over other countries - climate, ecological situation and, and even lifestyle.

The climate in Cyprus is mild, Mediterranean, with moderately cool winters. The sea "disinfects" the air, so viruses in Cyprus are rare. In general, salty and humid air with an abundance of sunlight forms excellent immunity in adults and children. A runny nose, cough, SARS and other troubles usually bypass the islanders.

Ecology in Cyprus is a controversial issue. There are no large industrial plants here, except for the cement one, so there is no production waste either. There are also few large ports (Limassol and Larnaca), so the sea is kept naturally clean. So is the air.

But the human factor cannot be disregarded as local people love to litter everywhere. They drive their own cars, not public transport, creating traffic jams. Perhaps this is the only thing that overshadows the generally magnificent ecology of Cyprus.

There are legends about the way of life, or, as it is called here, "siga-siga". Someone says that life in Cyprus is rural and slow, while others find exciting activities and do not sit still. But what we want to emphasize for sure is that the Cypriots are not nervous. And they are not in a hurry. Find time for family, friends, their own hobbies. And this has a positive effect on their health and life span, thus there are many long-livers on the island, and a person of 85 years old is not considered very old.

It is impossible not to mention medicine in Cyprus. There are both good doctors and careless ones. It is better to look for specialists asking friends or reading reviews so that there is no unpleasant surprise for you. 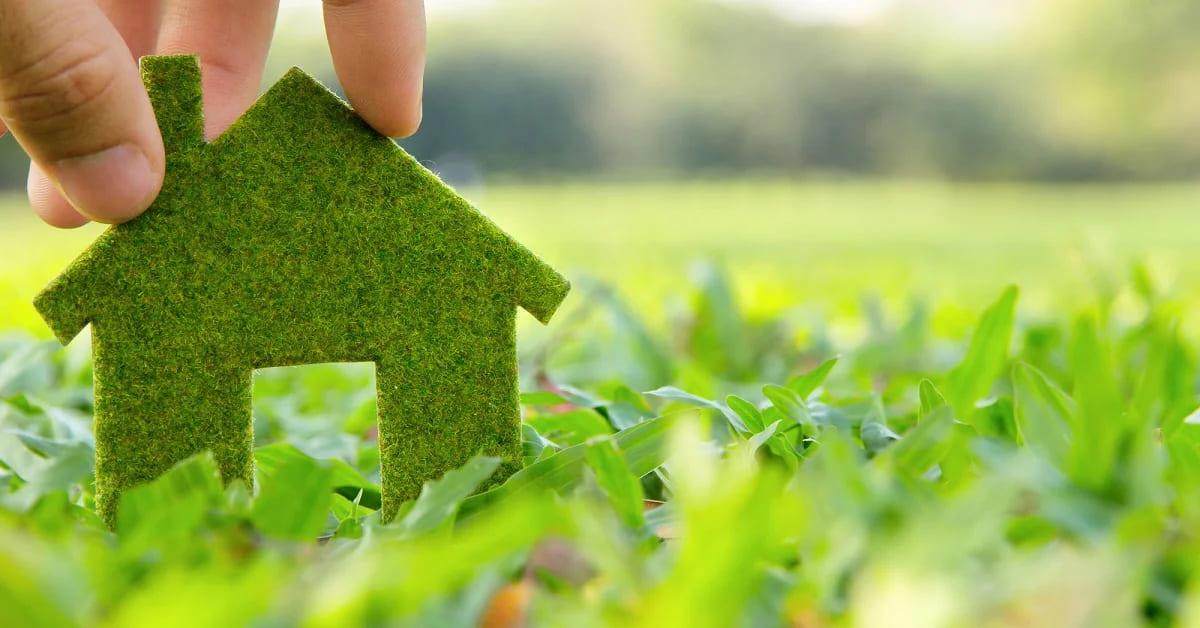 The poisonous inhabitants of Cyprus

Poisonous insects, snakes and even the inhabitants of sea waters are found in Cyprus. But they are everywhere on the Earth! Fortunately, the list of poisonous reptiles in Cyprus is very sparse, which is surprising for a southern country.

Who can be dangerous:

Also there are scolopendras, scorpions, tarantulas, dragon fish and stinging jellyfish in Cyprus. All of them can bite, causing an allergic reaction, nausea and fever. But there is no real danger from them.

From some poisonous reptile in Cyprus, 1 person dies once a decade. Mostly because of their carelessness. So Cyprus is safe as the chance of getting a bite from someone poisonous is extremely small. 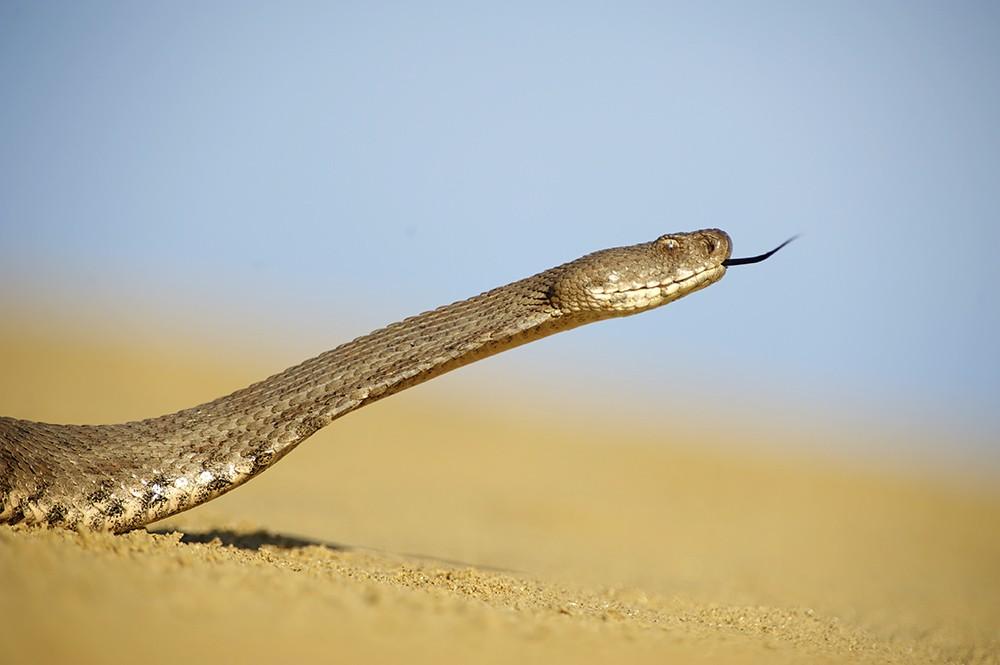 Cyprus can be considered a safe country, there are only minor nuances.