There are more than 250 countries in the world, and each of them has their own and unique flag.

Each glad is a shrine and pride.

The flag – is one of the important attributes of any state, and shows identity and sovereignty. It reflects the history and culture, past and present of the country.

Each flag has its own destiny and history from ancient times. Plain or multicolor, with stripes and patterns, with stars and crosses – absolutely each sign, shape, color, stripe on the flag has their own meaning. Very often they indicate freedom and independence, religion and political system, geography and natural resources of a country, characteristics and hopes of their inhabitants.

The national flag of Cyprus was adopted on August 16, 1960 – Independence Day from Great Britain.

Before that, the island did not have its own flag and used the Greek flag and Turkish. From 1922, the official symbol of the country was the flag of the British colony.

The flag of the Republic of Cyprus was designed by art teacher İsmet Güney, who won a competition. According to requirements, the new flag should not have any connection with Greek or Turkish flags and religious connotations. Archbishop Makarios, the first president of Cyprus and Fazil Kucuck, Vice President accepted the flag of Mr. Güney. They both agreed that this was the best-presented option and approved the sketch of the teacher.

The national flag of the Republic of Cyprus features the shape of the entirely of the island, with two olive branches below on white. 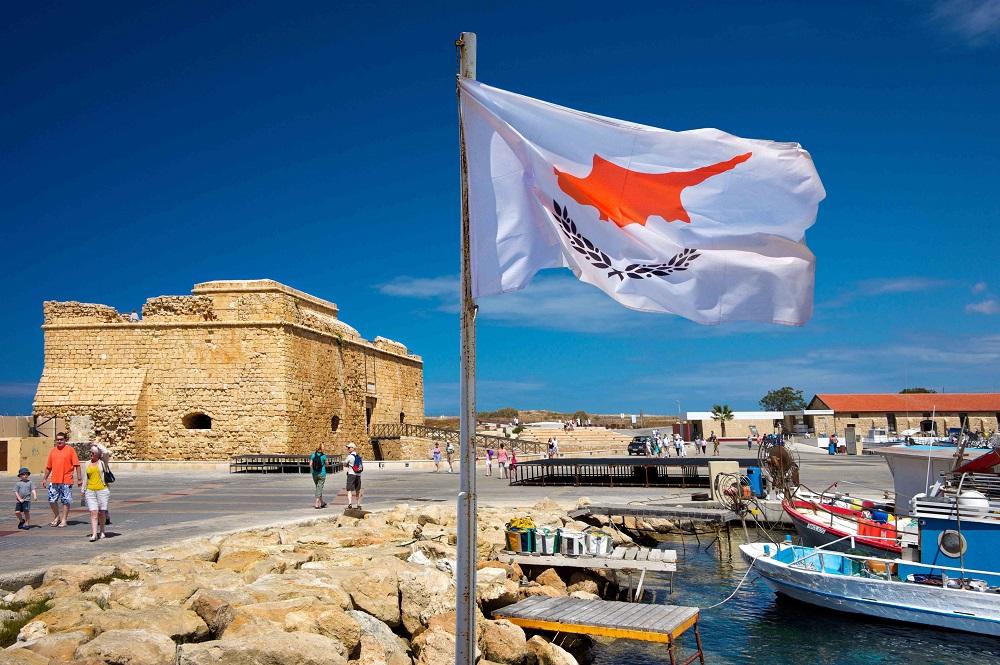 In April 2006, the design of the flag was upd ated – the shape of the olive branches was slightly altered, its color changed.

Each detail and its color on the flag of Cyprus carries certain meanings.

What does the flag of Cyprus mean?

The white base of the flag means peace and tranquility of the island. The map on the flag is a cooper-orange color, symbolizing the large deposits of cooper ore in Cyprus. Two green branches of the olive below a symbol of peace between the islands two communities – Greek Cypriots and Turkish Cypriots. 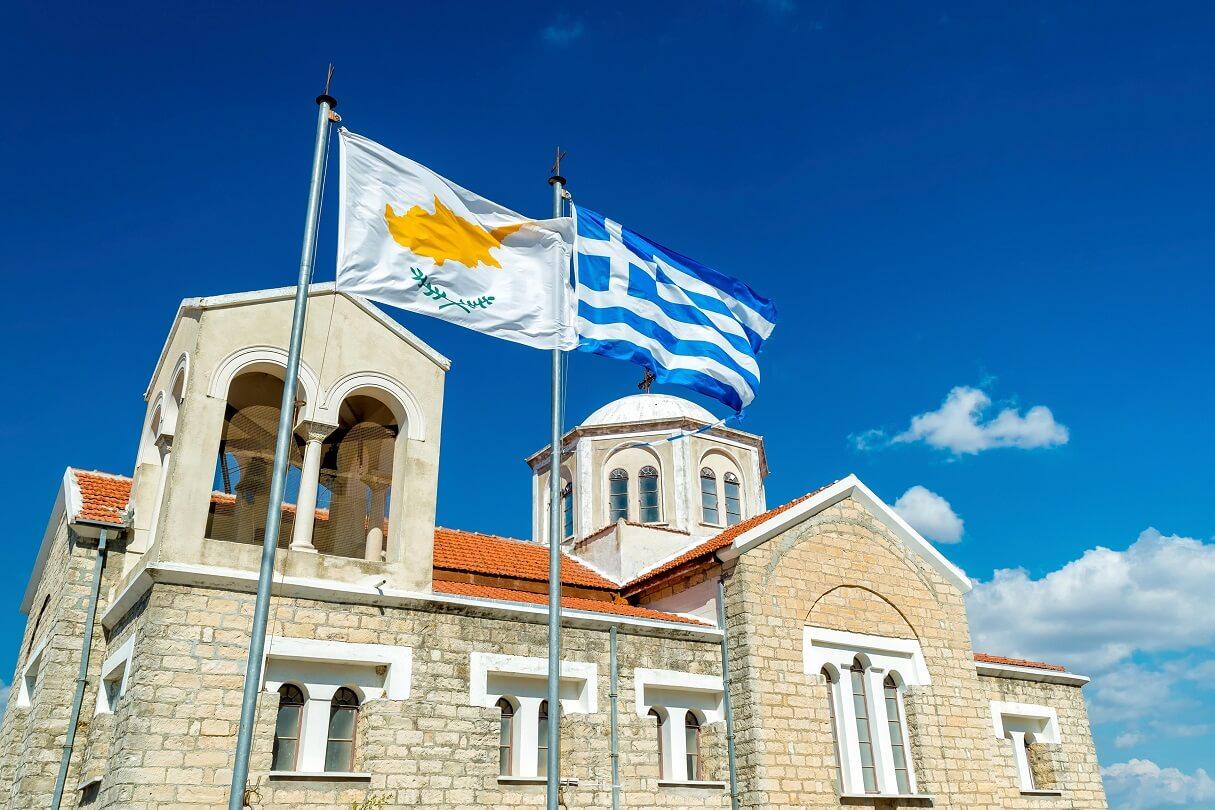 The flag of Cyprus is one of the few that consists the territory of the country. This give some uniqueness.