What nationalities dream of getting a Cyprus passport?

26 thousand people migrated to Cyprus in 2019. This is a record number in the recent history of the island. So many people did not move to Cyprus even in the late 00s, in the pre-crisis years.

But who does exactly migrate to the island? And who does need a Cypriot passport so much? 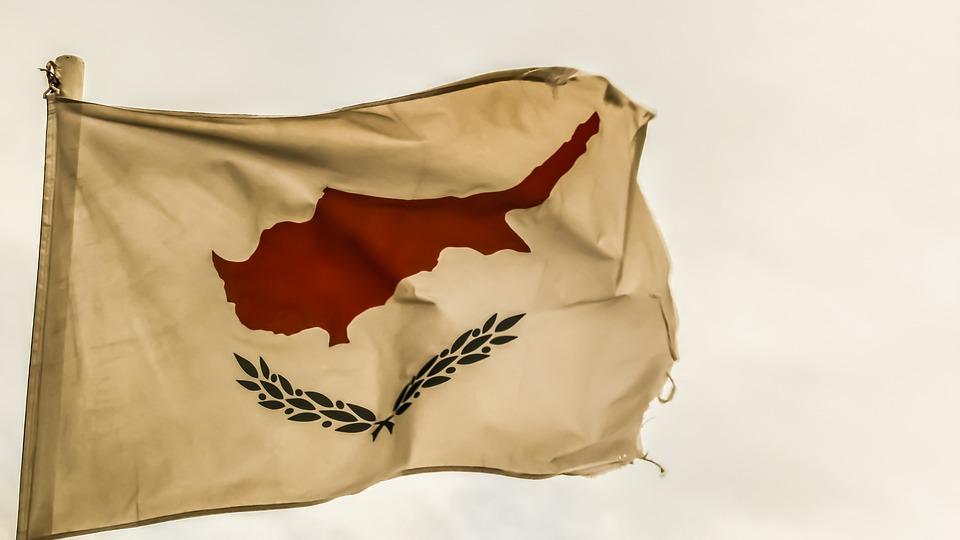 It's all the same

Let's start from the opposite. Are there migrants in the Republic of Cyprus who don't need to obtain a red passport with the inscription “European Union”? Of course there are. Those who already have a red document with the same inscription in a different language.

7,726 EU citizens moved to Cyprus in 2019 or almost 30% of the total number of migrants. But why most of them don't care so much about getting a new passport?

The fact is that the citizens of any other EU state have exactly the same rights on the island of Aphrodite as the citizens of Cyprus do. The main exception is that Europeans cannot vote and be elected in the Cypriot political elections. 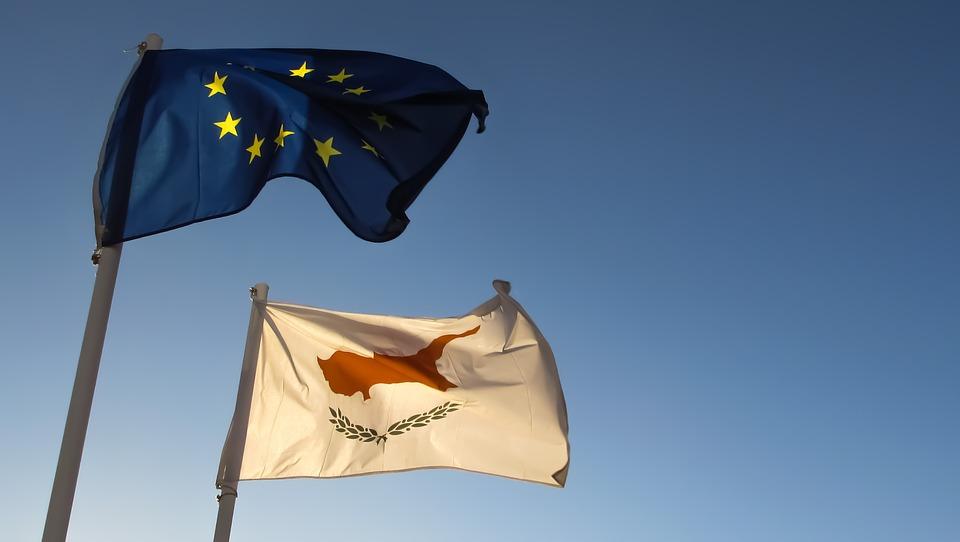 Is it true that a European passport is 100% equal to a Cypriot one? Both yes and no.

Not. In fact, there are still small restrictions if you are a European in Cyprus. For example, a Cypriot spouse obtains citizenship three years after the registration of the relationship and two years of staying in Cyprus. A EU citizen's spouse can apply for a Cyprus passport only after 7 years of living on the island.

Yes. However, these are all specific details that are extremely rare in real life. The overwhelming majority of Europeans feel absolutely no restrictions on their life in Cyprus other than the absence of political rights.

That is why don't most Europeans care about a Cyprus passport so much as non-EU citizens do. It is enough for them to find housing in Cyprus (rent any property or buy real estate their heart desires), find a job in Cyprus / show the source of income from their homeland / enter university and then get the so-called "yellow slip" (something like a residence status for citizens from other regions of the EU). 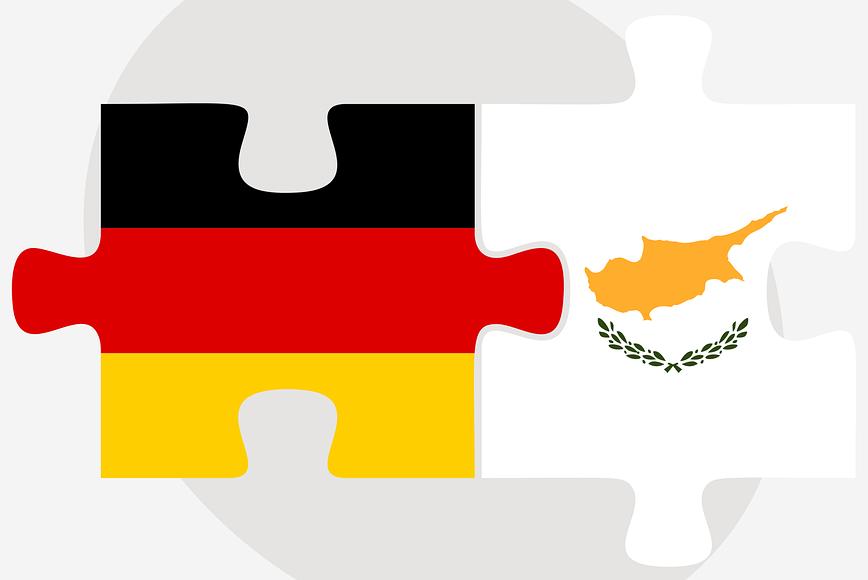 However, there is one more important point to know. We are talking about "Europeans", but this category includes not only citizens of the European Union. Citizens of Switzerland, Norway, Iceland and Liechtenstein are also equated to EU citizens. Holders of these passports are also free to live, travel, work and study in Cyprus (if they find real estate and apply for the "yellow slip").

Yes, as we already remembered, Switzerland, Norway and Iceland are European countries. But wait. We also have a group of European countries that we did not yet mention: the countries of the former USSR and some Balkan states. Let's analyze them.

Citizens of Moldova, Ukraine, Russia and Belarus cannot work and live in the European Union just if they want. And holders of passports of the last two countries need a visa even for a short-term trip to the EU.

The citizens of these countries are most interested in obtaining a European passport. Thousands of Russians, Ukrainians and Belarusians choose the Cyprus passport. Why Cyprus? It's a long story. Citizens of Moldova are less likely to choose the island of Aphrodite, since it is easier for them (for linguistic reasons) to move to Romania, Italy or Spain. 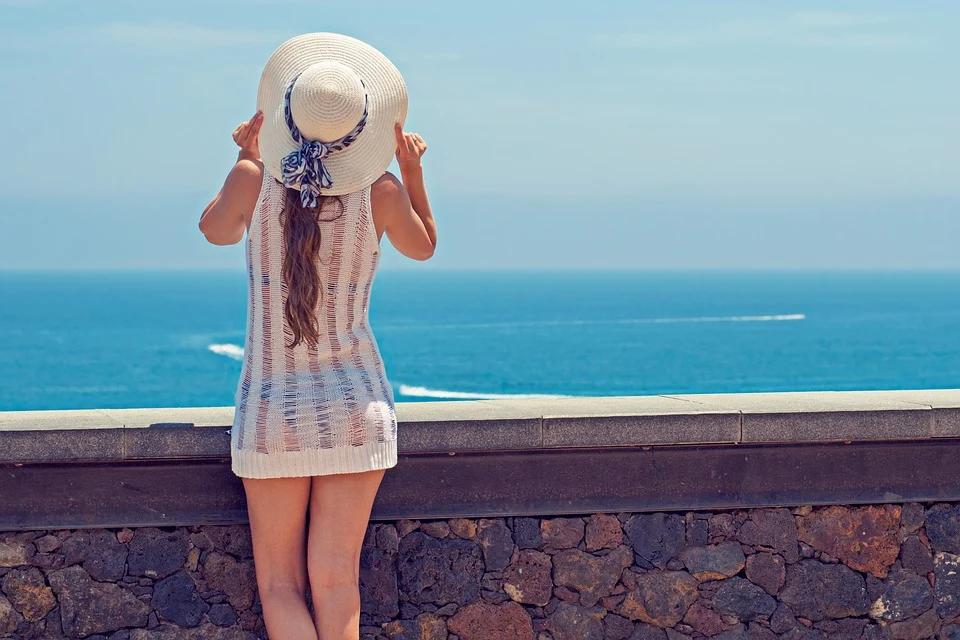 According to 2017 data, more than 8 thousand Russian citizens lived in Cyprus (hereinafter, only foreigners who do not possess a Cypriot or European passport are taken into account, since if a Russian obtains a Cypriot passport, then they automatically drop out of this group and become a Cypriot). It is the sixth largest group of foreigners living on the island and the third among non-Europeans in Cyprus!

There is also another group of European countries: Serbia, Montenegro, North Macedonia and Bosnia and Herzegovina.

A significant part of the citizens of these countries would also like to get a European passport, but they rarely prefer to emigrate to Cyprus, since for linguistic and geographical reasons it is much easier for them to move to the neighboring EU countries.

Is Cyprus not Europe?

Is Cyprus Europe or Not? Yes, Cyprus is part of the European Union (and this is one of the reasons for migration here), but it is located in Asia at a distance of almost a thousand kilometers from the European mainland! It's far away. 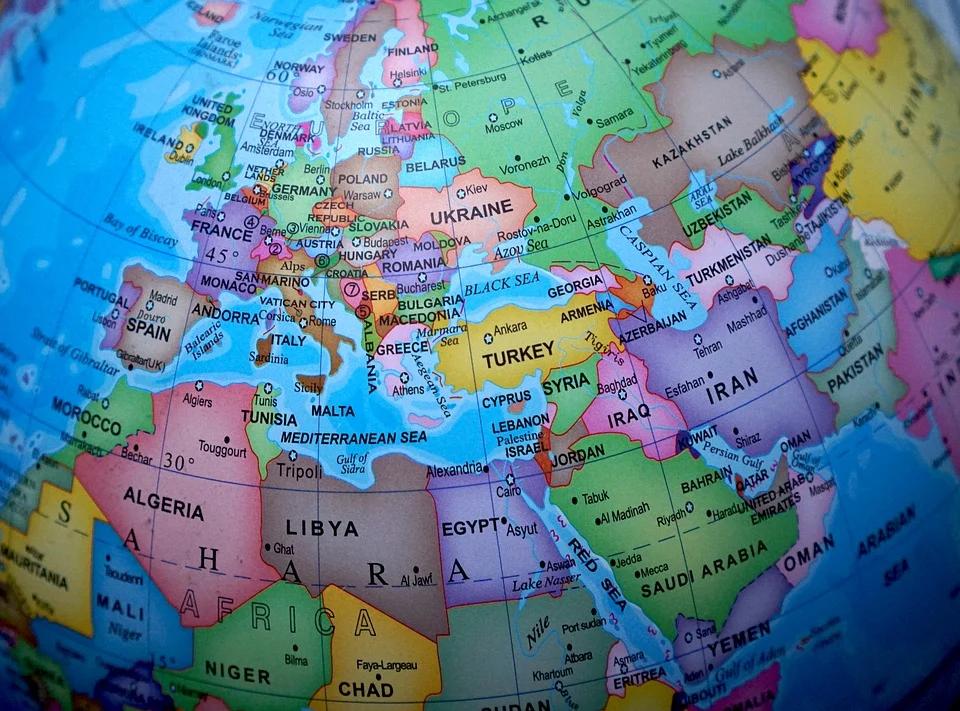 Turkey, Israel and Arab world are much closer to Cyprus.

Turkish citizens rarely travel here to obtain Cypriot passports due to the political conflict. Residents of Israel are also not frequent applicants for the documents of the island of Aphrodite (a significant part of the Jews of Cyprus are not migrants from Israel, but the descendants of long-time settlers or immigrants from post-Soviet countries).

But for many Arabic speakers, Cyprus is a paradise just as for Russians and Ukrainians.

However, strong economic inequality reigns in the Arab world (just like in the post-Soviet world we mentioned above). Those who were lucky enough to be born in wealthy Saudi Arabia or the UAE, before the closure of the gold passport program, could simply buy the citizenship of Cyprus (see here). 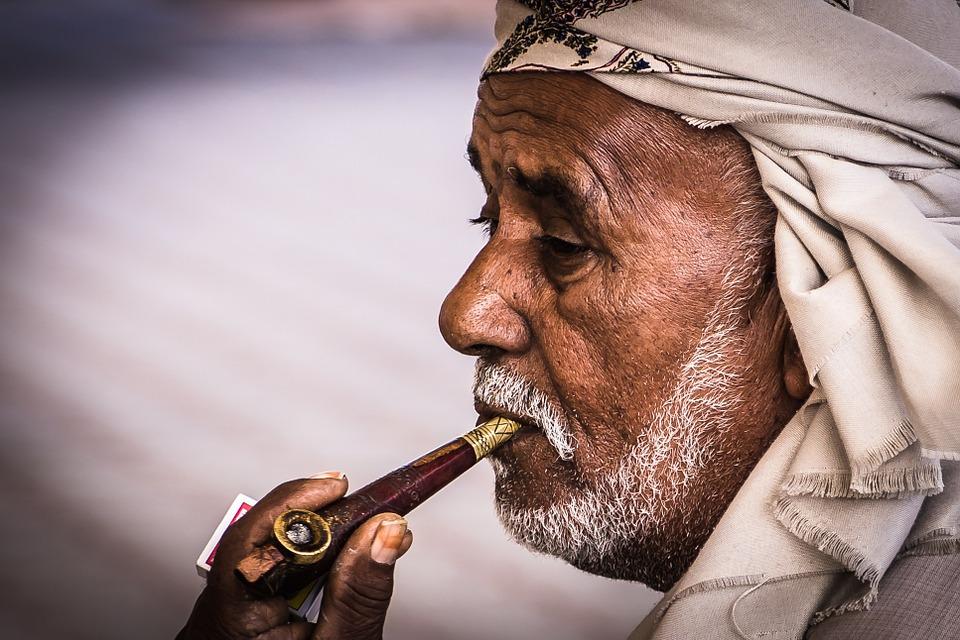 On the contrary, citizens of war-torn Syria (and less often from Lebanon) arrive on the island not on private planes with golden windows, but on patched inflatable boats.

In 2017, 3 thousand Syrians lived in Cyprus, today the number is certainly much bigger.

It seems that the answer to this question is obvious. However, unlike their linguistic relatives from the UAE, it is extremely difficult for ordinary Syrians and Lebanese to obtain a Cypriot passport as refugees cannot apply for citizenship.

The same group includes migrants from African countries. Most of them come to the island as students or refugees. Neither students nor refugees can obtain passports. Although, of course, human adventurism and purposefulness can solve any problem.

Just as Europe is not only the EU, Asia does not include only Cyprus and the Arabic world. A significant influx of migrants is observed from East Asia. 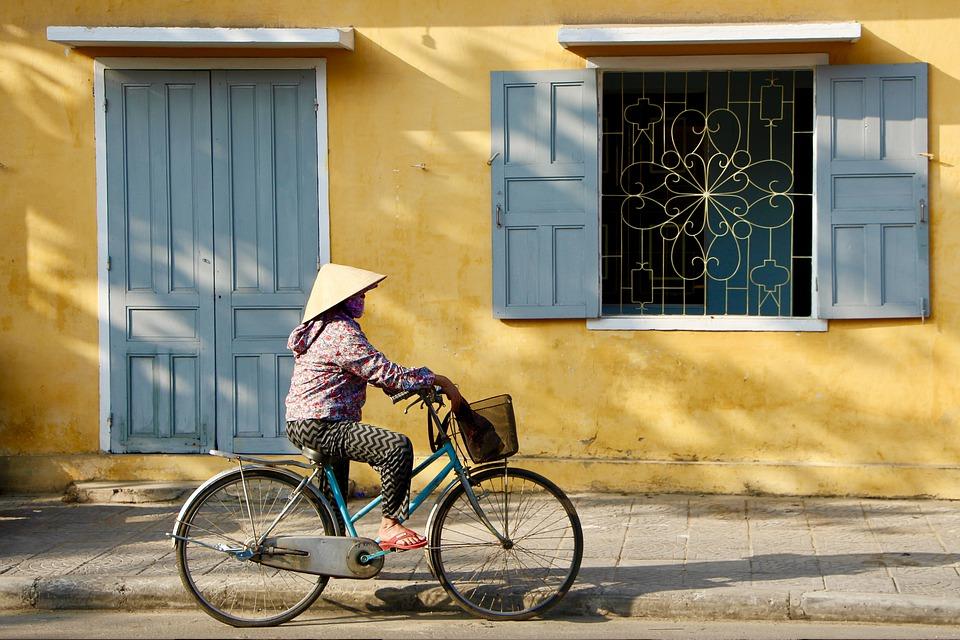 How do East Asians get to the island of Aphrodite? Migration from the east is the most diverse.

The small Asian elite used to buy Cypriot passports (read here), now the rich people can get permanent residence by buying an apartment or house on the island. And after 7 years apply for a passport.

However, most of the East Asians come to Cyprus to work. As a rule, this work is low-paid, not highly specialized, so the migrants have to return home after a few years (a work visa for low-skilled labor is extended for a limited number of times) or change their residence status and find a different way to stay on the island and get a Cypriot passport. We also include students and refugees from distant eastern countries to this group.

From America to Cyprus?

Are there migrants from America (North America, South, Central... any America) in Cyprus? Of course, there are, but in very small numbers. 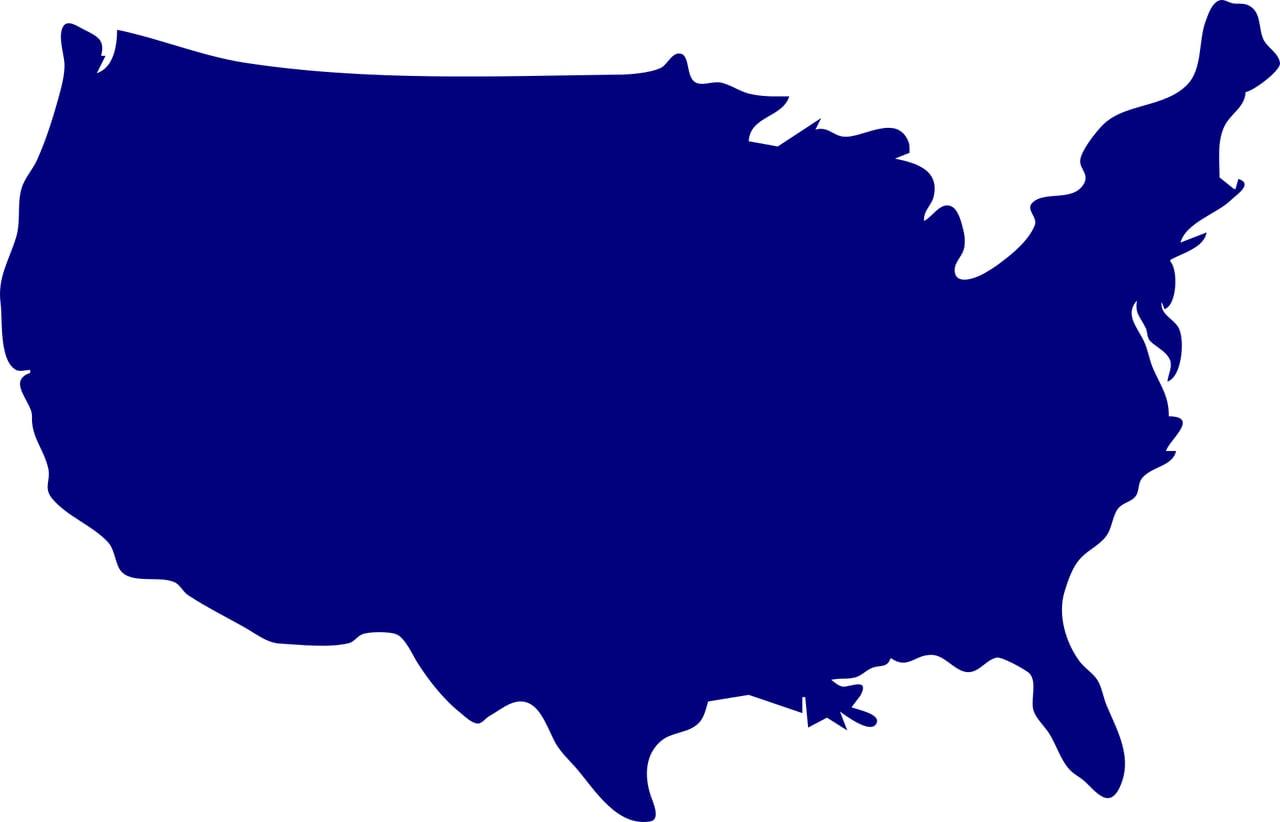 A certain number of citizens of the United States and Canada live in Cyprus (and we also include Australia and New Zealand here), but most of them are descendants of Cypriots who left for the New World and later returned to their homeland. Therefore, American Cypriots or Australian Cypriots have Cypriot passports from birth. That means that they do not need any other documents.

Residents of the poorer American countries (Latin America) rarely migrate to Cyprus, since they have no less developed countries nearby them. This the residents of Americas have no interest in a Cypriot / European passport.

We have not yet mentioned the largest diaspora on the island (after the Greek and Turkish, of course). They are Brits.

There were 24 thousand Brits in Cyprus in 2017 (and this number does not include British who already have Cypriot passports!). 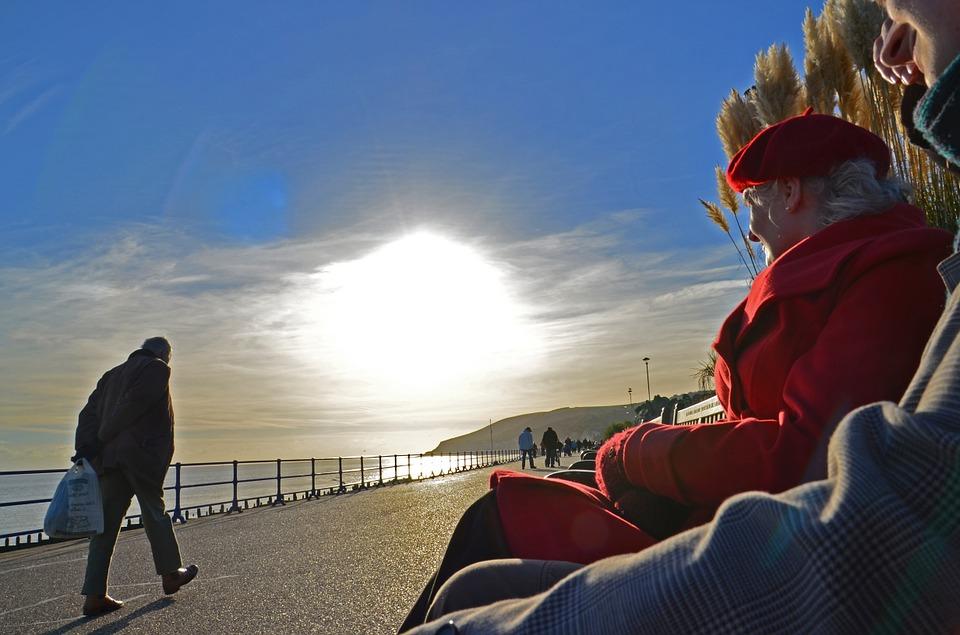 By the way, everything is very complicated with this diaspora. Before Brexit, the British did not need Cypriot passports at all, as they were Europeans.

But since the beginning of 2021, the situation has changed dramatically.

Now the British are not the same as Europeans or Norwegians, but they are the citizens of a third country. Yes, they still don't need a visa to come to the island as a tourist. But since now it is not so easy for Brits to stay here.

On the other hand... they can rent out their apartment in London, rent a house somewhere in Paphos, and so move to Cyprus. And then they can obtain the passport of Cyprus in order to become a European again!