On Thursday, October 15, 2020, as a modest ceremony, the Foundation Stone's laying at the first Ronald McDonald House was held by the Minister of Health, Mr. Konstantinos Ioannou.

It is the second project of Ronald McDonald House Charities Cyprus (RMHC Cyprus), after creating a clinic for children with heart disease at the Archbishop Makarios III Hospital in Nicosia.

Ronald McDonald House is a modern guest house that will provide free accommodation and support to the families of children treated in Nicosia hospitals.

The construction is expected to be completed in 2021.

The ceremony was attended by the Minister of Health, the Mayor of Strovolos, the Honorary President of RMHC Cyprus, the President and the Members of the Board. During the ceremony, Agiasmos took place, and short speeches by the official guests followed.

The Honorary President of the Ronald McDonald House Charities of Cyprus, Mr. Renos Andreou, was visibly moved and stated characteristically: "The necessary foundation of this house is love! It is with great emotion that we see that today our vision is beginning to take shape since, in this historic moment for us, our most profound feelings are concentrated and especially the hope for hundreds of families and children who need our support ". 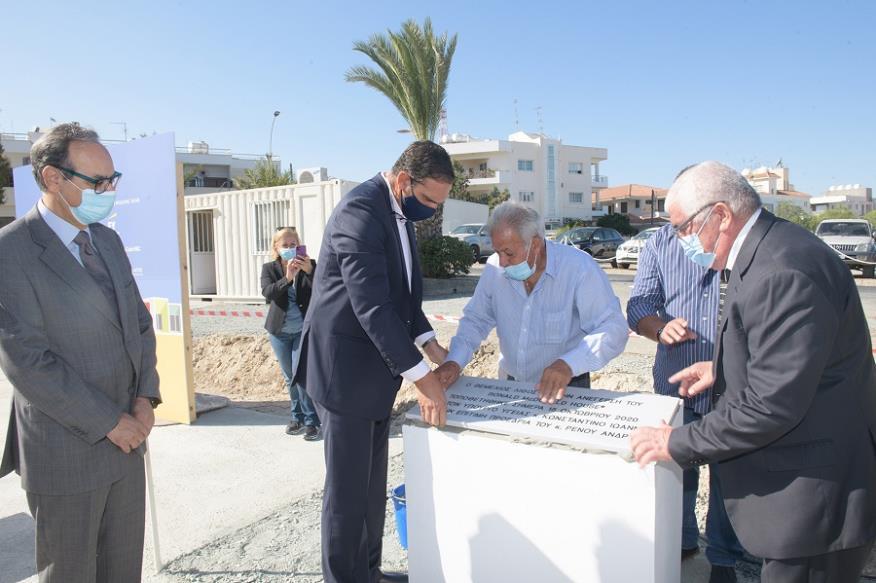 Ronald McDonald House Charities is a non-profit organization operating in more than 65 countries worldwide, intending to create and support programs that directly improve children's health and well-being. McDonald's είναι restaurants have been a lifelong supporter and founding partner.

Following the same line, in 2014, Ronald McDonald House Charities Cyprus was founded in Cyprus with its headquarters in Nicosia, and its main sponsor is McDonald's Cyprus restaurants! His vision is to make his effort to improve the lives of families with children with illness by offering them support where and when needed.

From the first day of its establishment until today, Ronald McDonald House Charities Cyprus has been working intensively to keep families together in difficult times. Simultaneously, in cooperation with other RMHC branches worldwide, it helps families go abroad for free to are close to their child for as long as his / her hospitalization lasts. By sympathizing with children and their families, Ronald McDonald House Charities Cyprus provides vital resources and ensures that children receive medical care from leading hospitals worldwide.