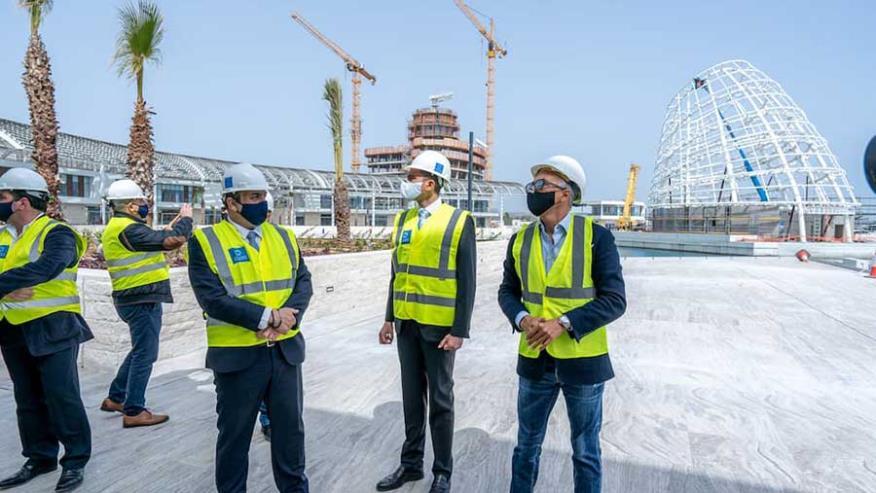 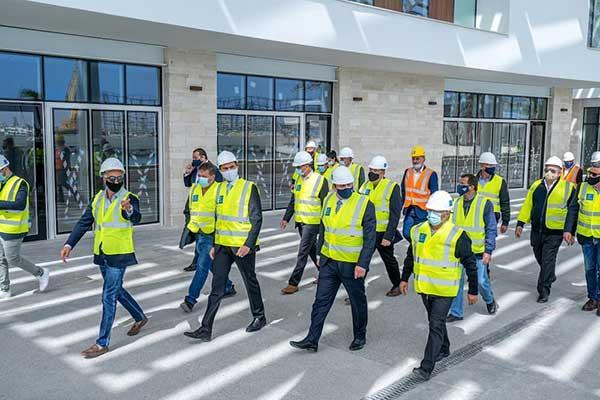 The delegation was met by the General Director of MM Makronisos Marina Ltd Stavros Karamontantis.

He gave a tour of the marina, during which he expressed his satisfaction with the completion of work on the yacht and ship block, which opened on June 1, 2020.

'The port area of the marina was delivered on June 1, 2020 and between then and the end of August it serviced 100 vessels despite the global crisis caused by the pandemic. Soon, the commercial area of the marina would operate on a pilot basis while construction of the residential part will also be completed in various phases. At the same time, with the recent decision of the council of ministers, the Ayia Napa Marina has joined the ports of limited use which gives it the opportunity to receive and host large cruise ships, large and superyachts starting from the coming tourist season,' he said

In turn, the Minister of Transport, Communications and Works Yiannis Karousos, also expressed his satisfaction with the progress of the construction of the new Ayia Napa Marina. He also emphasized the very important contribution of this landmark project to the economy of Cyprus and the development of international trism.

Deputy Minister of Tourism Savvas Perdios expressed his admiration for the development of the project and the progress of the work, thanks to which we can now see the finished marina. He also noted that the new Ayia Napa Marina, with its innovative architectural design and the quality of services provided, both on land and sea, will significantly enhance the tourism profile of Cyprus, supporting the development of nautical tourism and making a significant contribution to attracting tourists throughout the whole year.

Concluding his tour, Karamontantis thanked the guests and stressed the importance of cooperation between the state and the private sector, stating that Ayia Napa Marina is not just a real estate development project, but a significant project that will help revitalize the area. 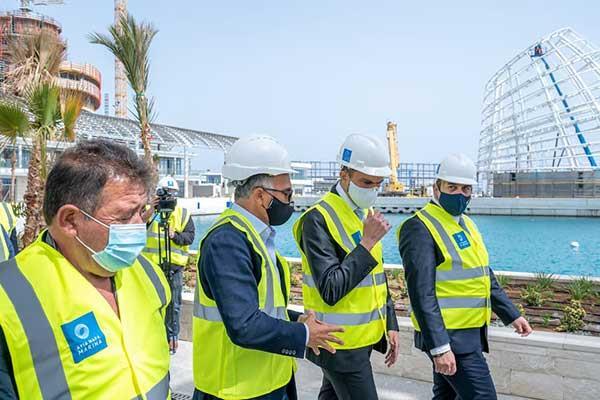 As you may know the exclusive resort and residential complex Ayia Napa Marina is an example of an upscale, sophisticated lifestyle, a natural part of which is freedom of travel across the sea.

Ayia Napa Marina is expected to become one of the world's leading yachting destinations in the future.

More information about the project can be found at the link. The DOM real estate agency website also features a large number of Cyprus properties, both residential and commercial. Choose and contact professionals who will help you make the right choice!