Paphos is in for a facelift with its fair share of new developments while getting smarter with digital projects worth tens of millions of euros nearing completion or in the making.

Once lagging behind other towns in Cyprus regarding development activity, Paphos is catching up with the construction industry picking up from where it left off before the coronavirus outbreak with the municipality pushing ahead.

Paphos Mayor Phedon Phedonos told the Financial Mirror that while the private sector is gaining speed, resuming projects in building villas and luxury apartments connected to the Citizenship for Investment scheme, the municipality is putting forward its own pioneering projects.

At the moment there are 10 major projects that will radically change the way the town looks and function, including a facelift of the public transport network, said Phedonos.

The Paphos Mayor said these projects will not only add value and upgrade the tourist experience but also entirely change the town’s landscape. 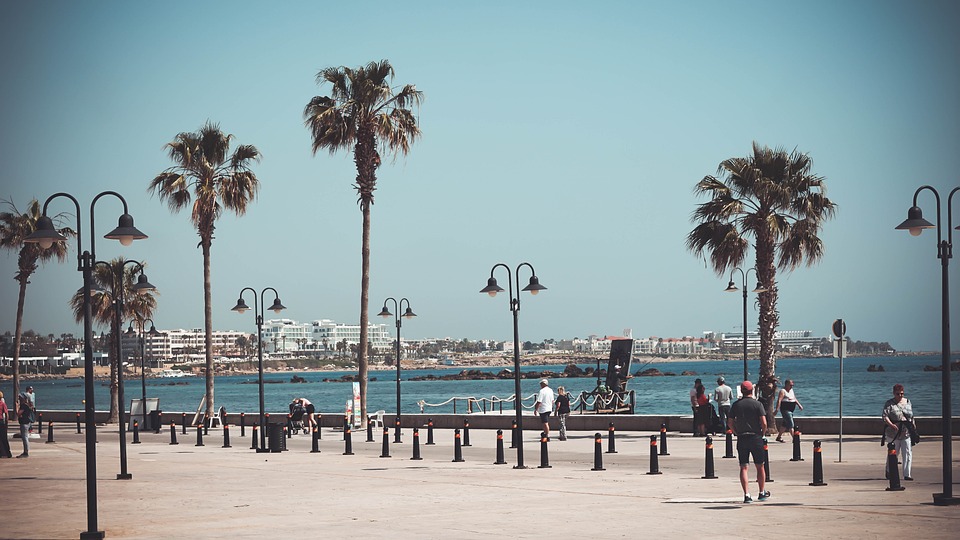 There are currently 10 development projects in the pipeline, worth tens of millions of euros, which will help Paphos change gear.

The municipality has taken on a €9 million project to connect the town’s archaeological sites with a 14 km long linear park to upgrade the visitor’s experience.

More than €12 million is to be spent on restructuring Hellas, Griva Dhigenis and Neophytou Nikolaides avenues with a budgeted expenditure of €8.3 million.

Psarochori, the traditional centre of Kato Paphos will be revamped at a cost of €3.8 million.

Development is not only about building new roads and sidewalks, it is about offering a better quality of life to our citizens and upgrading tourists’ experience.

The municipality is to invest €7.6 million in upgrading public transport infrastructure in Paphos and Geroskipou which includes the creation of a Central Bus Station in Karavella, the creation of 2 smaller transit hubs at the port and in the Tombs of the Kings area.

Smart bus stops inform passengers on the real-time arrival of their bus.

Phedonos told the Financial Mirror that a total of €20 million will be spent on making the town smarter.

Smart street lighting and smart poles collecting information on the environment and the weather are to be installed.

The smart poles will be able to pick-up basic information regarding weather conditions such as temperatures, humidity levels, wind speed and direction.

They will also be able to collect data on more complicated issues such as noise and air pollution, while also providing internet access to drivers on the roads by acting as Wi-Fi access points.

A novelty to be introduced, making life easier for citizens and municipality workers in the adoption of a digital Geographic Information System (GIS) which will be a virtual map of the town with information on almost everything in the town, said Phedonos.

The system will be able to provide a real-time x-ray map of Paphos giving real-time information on water consumption at green spots, archaeological parks, the progress of building permits applications, and even parking places. The project is to cost some €360,000.

GIS will interact with another application called ‘Lora’ which will feed mobile applications with data which can be used by citizens to settle bills with the municipality and find a free parking spot.”

The mayor said the town hall will be spending some €600,000 on developing smart applications.

Our aim is to make people’s lives easier creating an online one-stop-shop, where citizens and foreign investors will be able to carry out most of their daily tasks online.