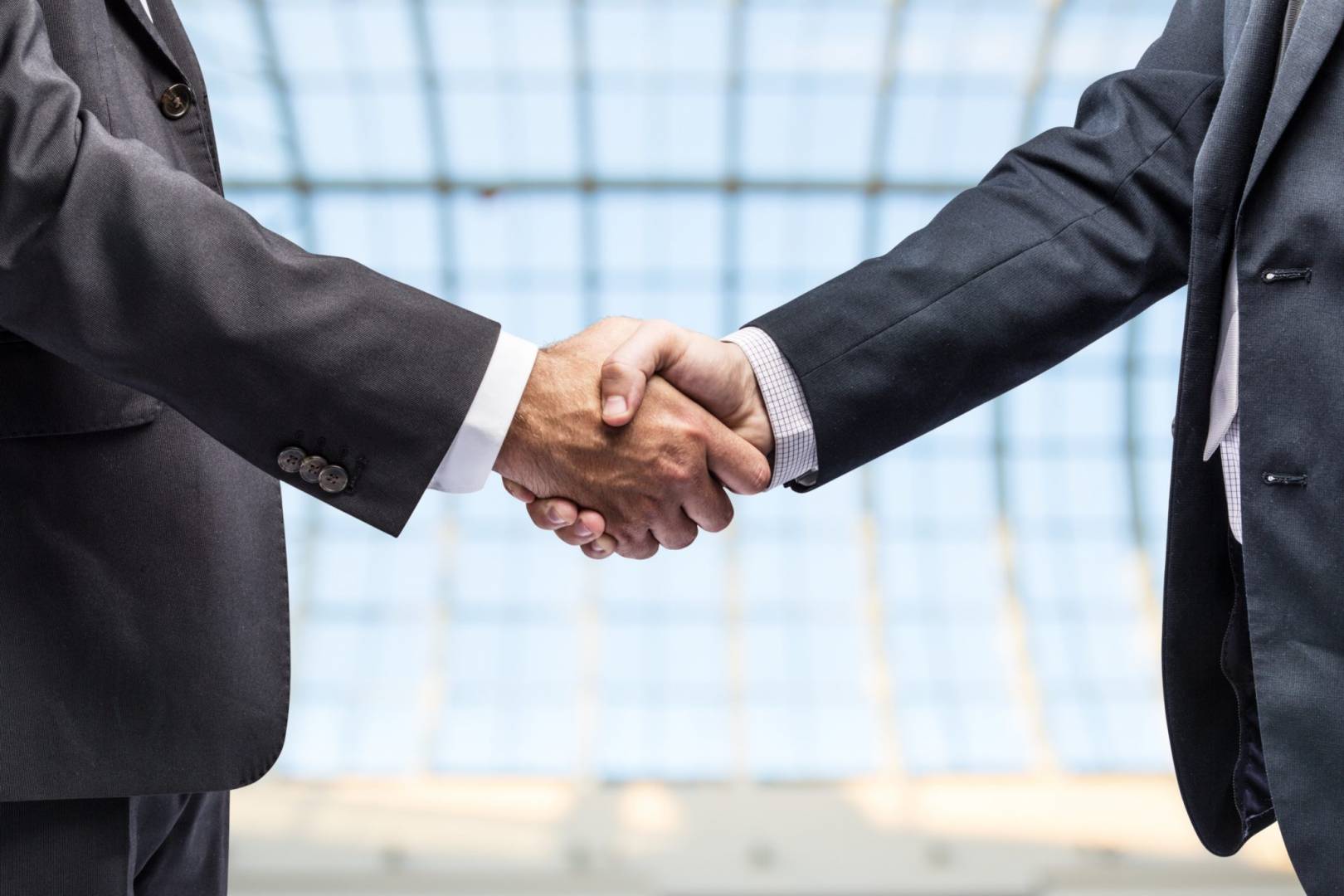 Cyprus’ re-tweaked deal with Russia to avoid double taxation is good news as terminating the agreement by Moscow would have hurt the economy in sparking an exodus of Russian businesses, tax experts said.

Russia and Cyprus signed a new deal this week amending the double taxation treaty between the two countries after the Russian side requested to renegotiate the existing accord. 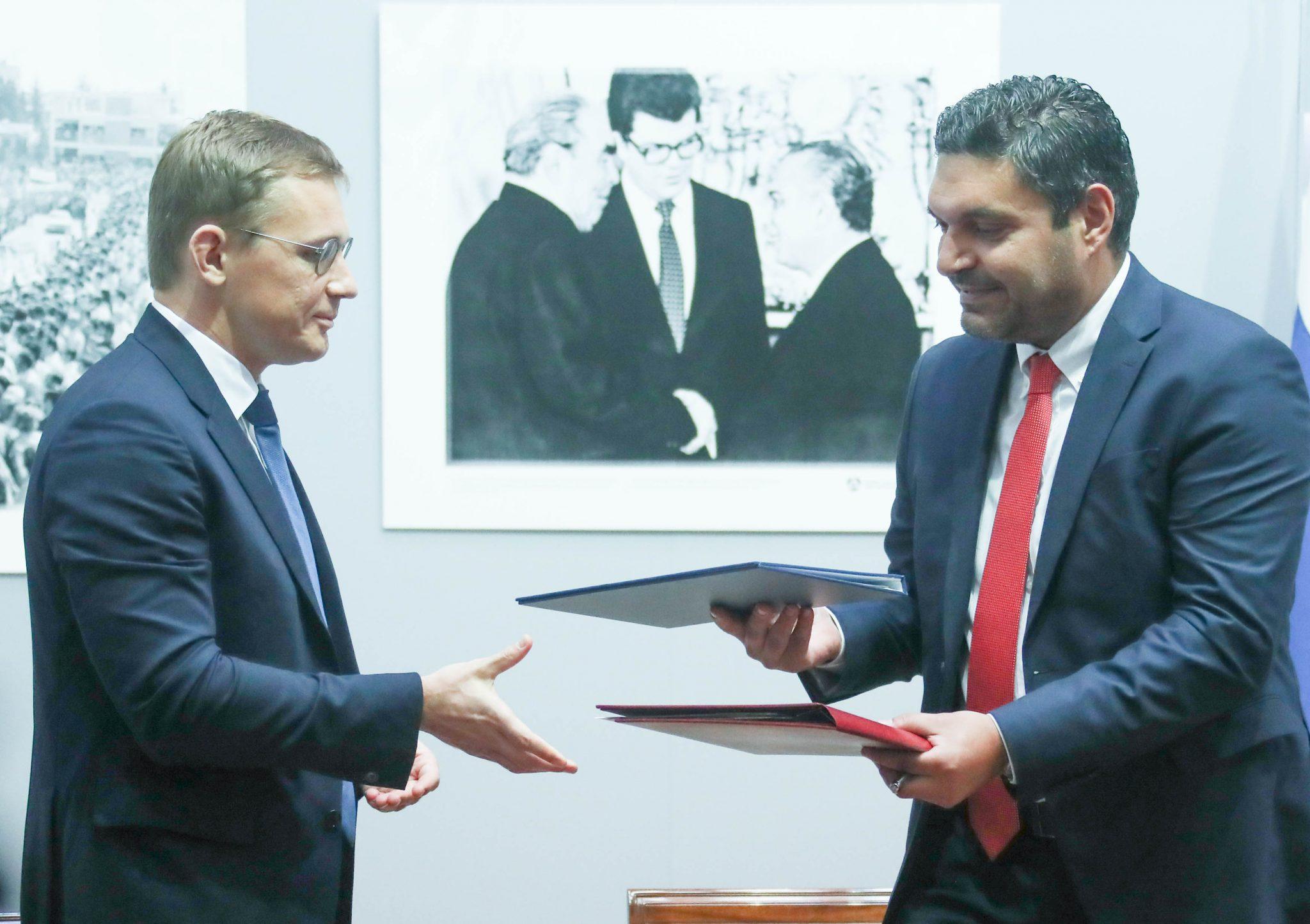 The new deal was struck after months of negotiation with the process seemingly going south in August, but an understanding was reached on Tuesday.

The two sides agreed to avoid double taxation, but Russia did succeed in hiking up taxes that Russiancompanies have to pay on profits they send to holding companies incorporated in Cyprus.

The agreement was signed after a high-level intervention from Russian Foreign Minister Sergei Lavrov’s during his visit to Nicosia.

As a result, most Russia-based firms will now have to pay a 15% tax on dividend payments and income from interest they send from Russia to Cyprus, up from previous rates of 5% and 0% for interest income.

Essentially this means that Cyprus-based Russian entities will still be able to avoid double taxation but at a higher rate of 15%.

Tax experts estimate Russia could gain 150 billion rubles (€1.68 bln) in extra revenues per year from the new agreement, which comes into force in January 2021.

Commenting on the deal, a tax consultant at a ‘big four’ advisory firm, said the deal does entail some negative aspects for Cyprus as it will make business more difficult for Russian firms.

“One could say we did what the Russians asked us to do, but on the other hand, Cyprus has avoided the catastrophic scenario of seeing Russian firms packing up and leaving altogether if a treaty avoiding double taxation was not reached,” said the tax consultant. 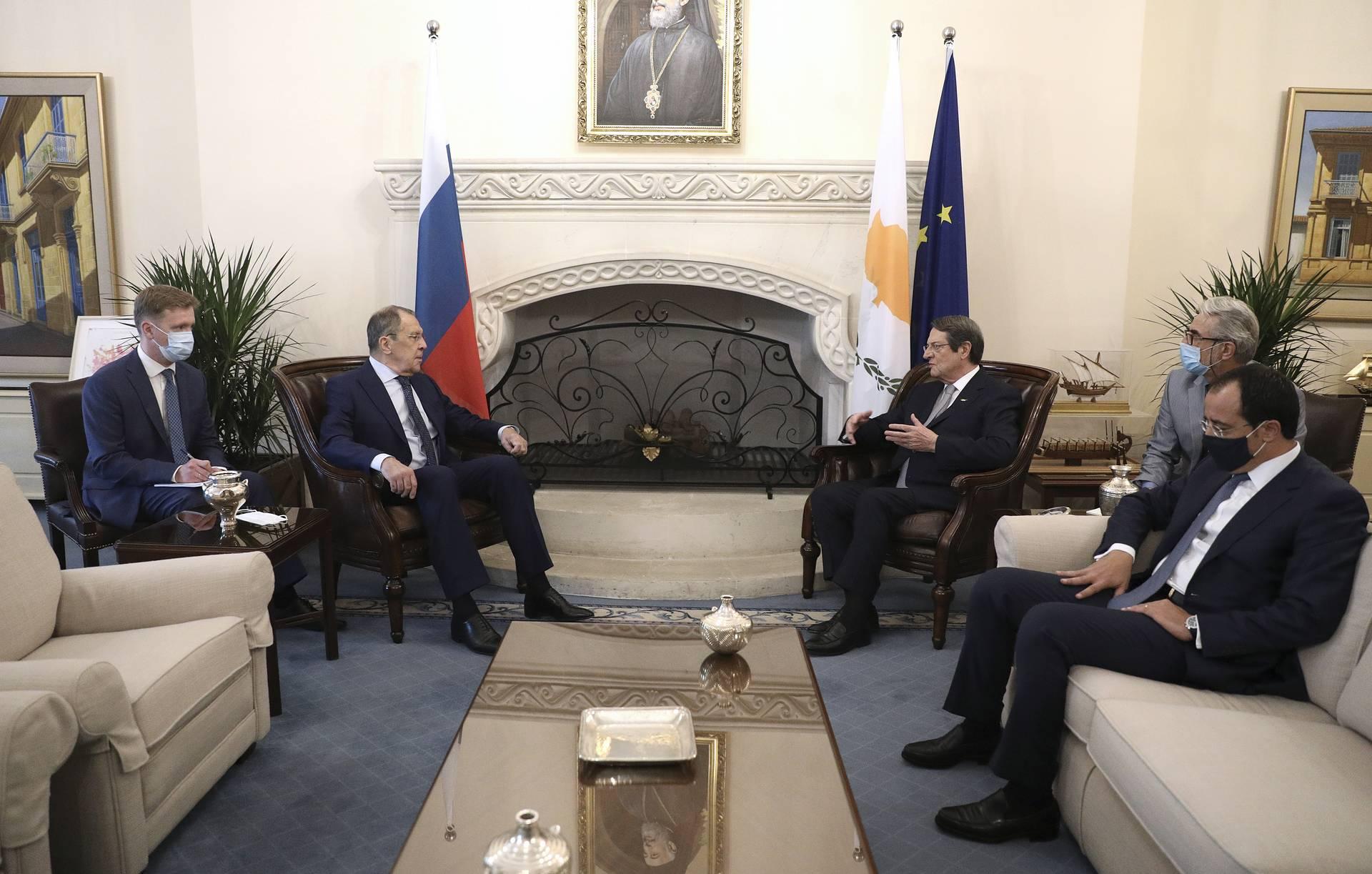 He pointed out that Russia President Vladimir Putin has made targeting the flow of profits to low-tax jurisdictions a high-profile pillar of the Kremlin’s economic response to the coronavirus, deeming it unfair that firms cut their tax bills by incorporating abroad.

“In an attempt to prevent money leaving the country, and at the same time allowing the government to support smaller businesses within Russia, the country’s leader threatened to abandon long-standing double tax treaties should the other countries not agree to Russia’s terms”.

Noting that Russia set out to implement this policy with Cyprus, the number one country on a list of jurisdictions to which Russian money flows to, the consultant said Moscow did so under the threat of scrapping the entire treaty.

“The Cypriot side did ensure some exemptions. Among other things, the exemption from a 15% withholding tax on dividends for regulated entities, such as pension funds and insurance companies, as well as listed companies.”

Interest payments from corporate and government bonds as well as Eurobonds are also excluded from the 15% withholding tax in the new Cyprus-Russia Double Tax Treaty.

“Overall, Cyprus needed to keep some sort of double tax treaty going with Russia to avoid another blow to the economy, following the coronavirus outbreak. 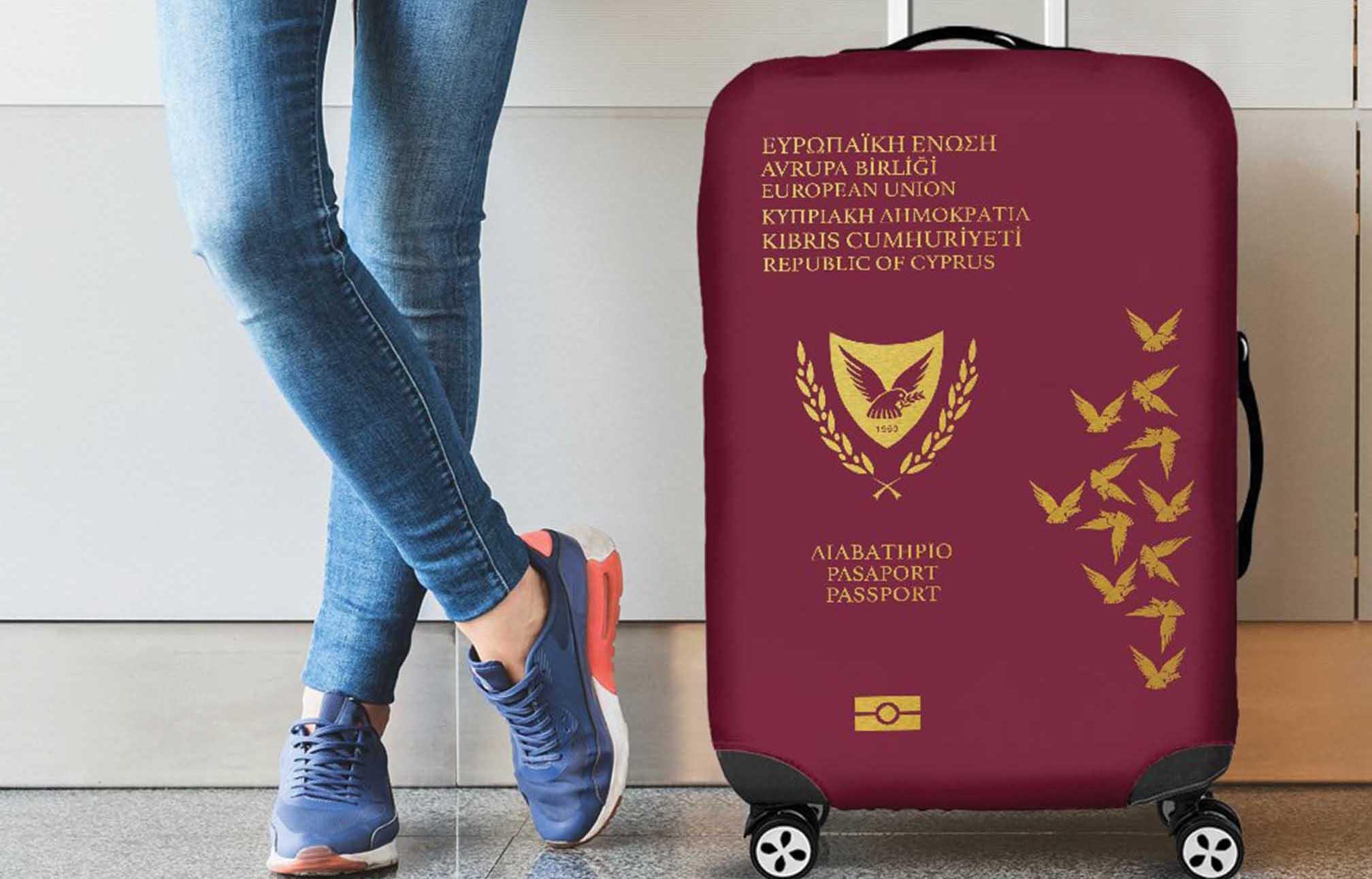 Savvas Kleitou, director of Tax Services at Baker Tilly South-East Europe, said that Cyprus came out of the negotiations rather unscathed as the Russian side was determined at the negotiation table to succeed in raising taxes on profits flowing to Cyprus.

“It was a take it, or leave it approach. All things considered, Cyprus came out rather unscathed as it will not be seeing Russian firms abandoning the island any time soon,” said Kleitou.

He said what is even more important for Cyprus is that Russia has struck similar agreements with Malta and Luxembourg while it committed to negotiating a similar deal with The Netherlands.

“This will mean that Cyprus as a jurisdiction, will not find itself at a disadvantage when it comes to being compared to jurisdictions with similar tax and operating frameworks, creating a ‘level playing field’.”

Kleitou does not believe the increase in taxes firms will have to pay will push Russian firms away from the island as other jurisdictions will be offering similar packages.

“It certainly will be interesting to see how things play out, but Cyprus has proved to be a favourite destination for Russian firms to register holding companies for more than just its low taxes and status as an EU member.

Russians have preferred Cyprus because of its privacy rules, better living conditions and security, and of course for its judicial system which is based on English law.” He argued the island’s “golden passport” scheme has also been extremely popular among wealthy Russians with many of them opting to move permanently to the island.

Kleitou believes it will be more difficult from now on to attract more Russian firms, but there is increased interest from international firms to invest in Cyprus, from jurisdictions including China, Lebanon and even the USA.

He argued that what Cyprus should be doing is focusing on building its reputation as a credible jurisdiction, washing off the stain of being a dodgy investment destination. Cyprus is making headway in fighting money laundering with international watchdog organisations such as Moneyval making note of progress in recent reports.

“There are some jurisdictions from which we could attract firms to set up a base in Cyprus, but we will have to make sure we stay off any blacklist while improving our services.”

According to its provisions, all necessary procedures for the registration and incorporation of a company in Cyprus will be completed within 7 working days from the day of submission of all required information.

Where additional permits are required for the operation of the business, they will be completed within 30 working days, except for building and planning permits.

“Cyprus needs to step up its game, offering better services to attract firms from new markets without, of course, writing off those who have served us well in recent years.”

Source: financialmirror.com
Photos: pixabay.com
News COVID-19 Cyprus passport Investments
Share a post
Comments
No one has left a comment yet
Comments can be posted only by registered users