Construction continues on the most anticipated project for all football fans in Limassol, the Apollo Stadium.

It should be noted that exactly two years have passed since the beginning of work on the project.

Now the completion of the facility is only 30%. Unfortunately, the coronavirus pandemic has made some adjustments to the work schedule, causing certain delays in construction.

However, the developer does not lose hope of catching up on lost time and finishing the stadium construction according to the originally schedule (in May of 2022 year). 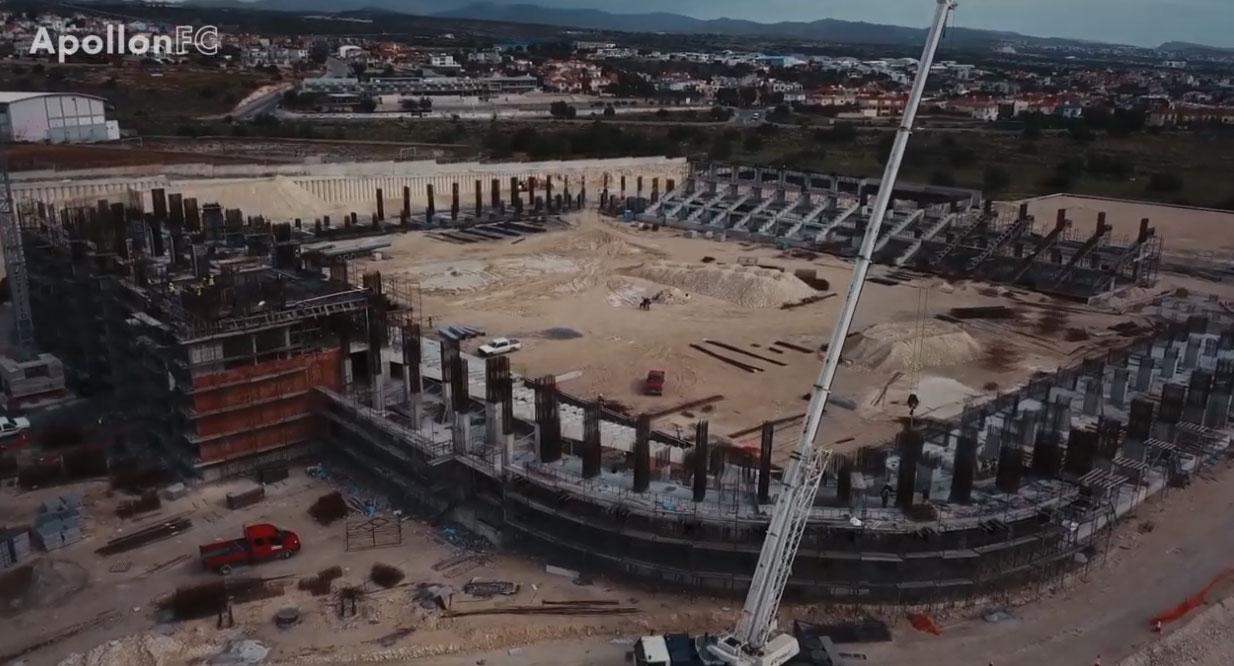 As you may know, the contract for the construction of a new football stadium between the chairman of the Cyprus Sports Organization (KOA) Mr. Kleanthis Georgiades and contractors Miltiades Neophytou and George Chrysochos, substituting the company CYFIELD - NEOPHYTOU J.V., which is engaged in the construction of the facility, was signed in January 2019.

The project cost is estimated at 29.3 million euros. The money for the construction was provided by the government of Cyprus.

According to the plan, the new stadium should accommodate about 13,000 fans. It has a roof that should cover 100% of the seats. The stadium should be equipped with 4 changing rooms, media rooms, VIP seats, closed rooms for officials and press conferences, a working area for the media, special seats for disabled people, a modern TV and radio commentator system, as well as a TV studio, café-canteens, shops and auxiliary fields.

A large-scale sports facility is being built in Kolossi, between Spyros Kyprianou, Isaac Thassos avenues and the Limassol-Paphos highway.

The stadium will meet all the requirements of the 4th highest category of UEFA. It will be able to host European matches of the UEFA Champions League and UEFA Europa League, as well as other international matches.