On Wednesday, November 10, the grand opening of the park "Friendship of the Peoples of Cyprus and Armenia" took place in Nicosia.

By the way, a new public space has appeared near the Melkonyan School, at the intersection of Armenian Street and Limassol Avenue.

The official event in honor of this significant event was attended by the President of the House of Representatives of Cyprus Annita Demetriou and the representative of Armenia in the Parliament Vartkes Mahdessian.

The ceremony was also attended by the Mayor of Strovolos Andreas Papacharalambus, Defense Minister Charalambos Petrides, Archbishop of the Armenian Church of Cyprus Khoren Doghramadjian and representatives of the Church of Cyprus. 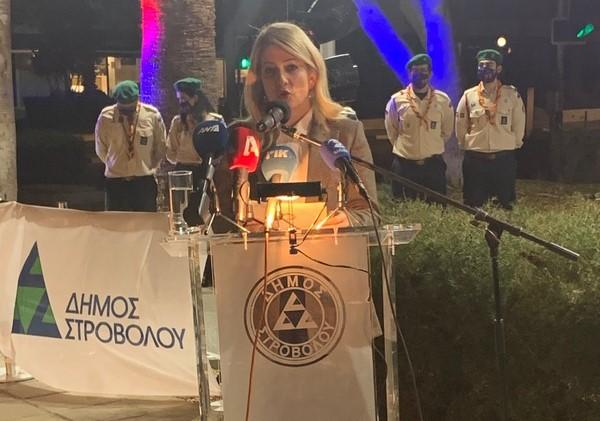 Demetriou noted that the opening of the new park highlights the strong historical ties between the two communities.

The friendship that binds our peoples has very deep roots. We have been building our relationship for years. I wish the new park to witness how people of different nationalities can peacefully coexist on our island. How can they dream and create in conditions of peace and prosperity," said Demetriou.

Demetriou stressed that "Cyprus will continue to offer its full support on all issues related to the fraternal people of Armenia, and in every way express solidarity with the suffering caused to them by the war."

Armenians settled in Cyprus in the 4th-7th centuries, but the community was formed in the 12th-15th centuries, after the fall of Cilician Armenia.

Currently, the number of Armenians in the country is about 3500-4000. The most Armenian-populated cities are Nicosia, Larnaca and Limassol.

Armenian community structures are active in the country. Armenians, as citizens of the Republic of Cyprus, are fully integrated and actively participate in the socio-political life of the country. The Armenian community of Cyprus has its own representative in the country's parliament, who, however, participates in parliamentary sessions without the right to vote. There are many entrepreneurs, doctors, lawyers and creative figures among Armenians. There are dozens of Armenian institutions in the country, including mass media, Armenian clubs, a House of Culture, a daily school with three branches (Nicosia, Larnaca and Limassol).