At a time when the public debate on naturalizations does not say to stop the Cypriot passport, it holds a firm position in the relevant world ranking.

A Luxembourg news agency report says the country's passport has risen to the best passport rankings in the world.

The Passport Index platform, in recent days, has ranked the Luxembourg passport as the fourth-best in the world in terms of the relevant passport classification. 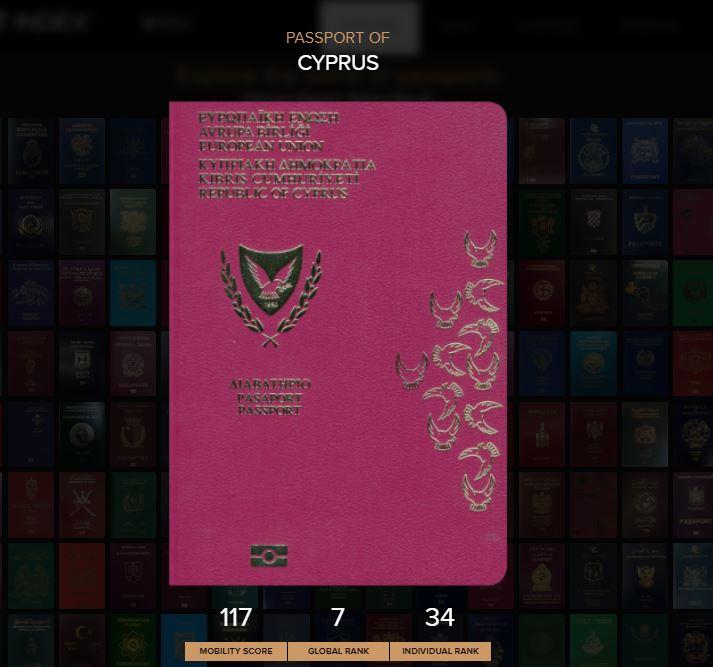 It is worth mentioning that Belgium, which previously occupied the 6th place, is now in the first place, with the Belgian state document opening its doors to 124 countries, 91 of which do not require visas.

France, Sweden, Italy, and Spain belong, along with some other countries, to the next group in the relative ranking of the best passports, with access to 123 countries, 90 of which do not require a visa.

The three countries at the bottom of the list today are Syria, Afghanistan, and Iraq.

While the discussions on the concessions of Cypriot passports continue, through the problematic, as it appears from the publications and researches, Cyprus Investment Program, the position that keeps the Cypriot travel document in the relevant ranking is of interest.

The Cypriot passport gives access to 117 countries, 84 of which do not require a visa.

In the relative ranking of the Passport Index platform, it ranks 34th among 94 countries.

Also, in a corresponding ranking of the platform, which creates groups of countries with equivalent passports, the Cypriot passport is ranked in the 7th group.

The position of the Cypriot passport in the specific rankings also demonstrates the reason why the Cyprus Investment Program was an attraction to particular investors of nationalities, such as Russians, Saudis, and Chinese, since the relevant list ranks several places below their state passports.

As a result, naturalization through an "at least flexible" Investment Program has enabled Russians, Saudis, and Chinese to travel and do business more efficiently.